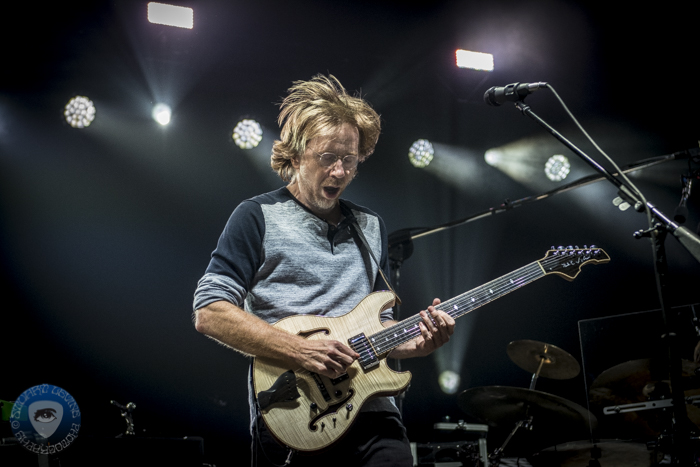 After Trey Anastasio revealed that his Divided Sky Foundation had purchased a treatment center facility for substance use disorder in Ludlow, Vt., the Phish guitarist appeared in Burlington, Vt.’s CBS affiliate WCAX to discuss the announcement. During his appearance, he was asked when Phish will return to the live stage.

“I hope we’ll be back pretty soon,” Anastasio said at one point. “I actually think it’s going to happen. We have lots of conversations about it and the landscape is changing… there’s an end in sight, assuming that everyone continues taking this seriously.”

Elsewhere in the conversation, Anastasio coyly remarked, “I can’t say specifics, but I’ve heard specifics… I have a secret.” He revealed that plans are constantly being discussed and that the band is “waiting until that opportunity arises with the vaccine and everything.” He cut himself short before revealing an timing estimate of when Phish will return to touring.

Watch a portion of Anastasio’s appearance below, via Twitter user @Phishatmsg, or watch a segment here.

RE: the next time we’ll see each other pic.twitter.com/6gFhuzAdWw