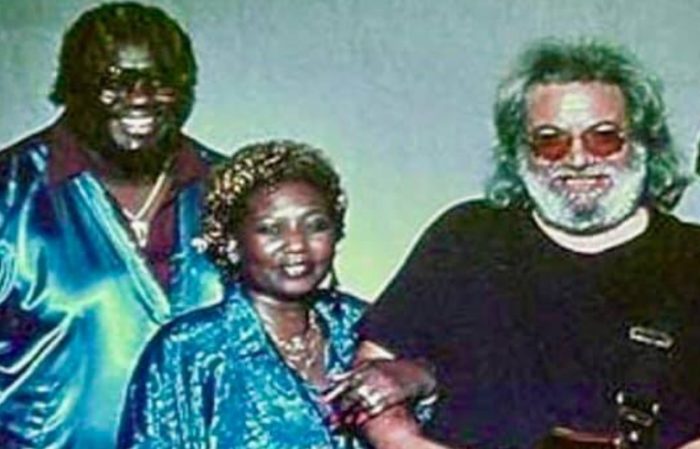 Photo via Melvin Seals on FB

Vocalist Gloria Jones – best known for her work with the Jerry Garcia Band – passed away on Friday, Feb. 1.

Jones started performing with the Jerry Garcia Band in September 1984 and stuck with the group until their final performance in April 1995 (Garcia passed away that August). Affectionately known as “The Jerryettes”  Jones and fellow vocalist Jacklyn LaBranch gave the Jerry Garcia Band its soulful, gospel-leaning sound. (Jones also spent many years backing Melvin Seals in his own JGB Band.)

Fellow JGB alumnus Cheryl Rucker broke the news of Jones’ passing, writing “God has another beautiful soul for himself.”

Jones performed on large stages throughout her career, and played Red Rocks as recently as 2017, as she joined an all-star band for Garcia’s 75th birthday.

“It’s so sad to hear that Gloria Jones has passed away,” Seals wrote in a Facebook tribute. “She was a wonderful soul and I feel blessed she was my friend and bandmate. The countless hours we spent together on stage, in rehearsals, on the road and off…I have so many wonderful memories. I started with Jerry in 1980 and we decided to add vocalists. In 1984, Gloria Jones joined and the sweet sounds of Jaclyn LaBranch and Gloria Jones lifted us up, always. Love you Gloria. RIP.”