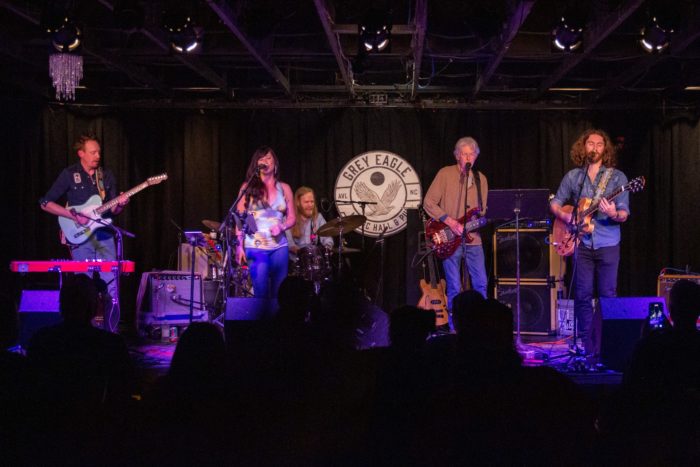 Photos via @TheGreyEagle on FB

After joining the band in Nashville on June 2, Phil Lesh continued his sit-ins with Midnight North on June 3 at The Grey Eagle in Asheville, NC.

Midnight North’s set included selections from their albums End of the Night (2013), Under The Lights (2017) and the recent There’s Always A Story (2021). The band also served up some choice covers, including Jason Isbell’s “Only Children,” Tedeschi Trucks Band’s “Midnight in Harlem” and Gillian Welch’s “Dry Town.”

After the Welch tune, Phil made it a family affair joining Grahame Lesh and company for their own “Coyote” and “San Francisco Rain,” and the Grateful Dead favorite “New Speedway Boogie” to close the set. (These tunes almost exactly mirrored Phil’s sit-in from the evening before.)

Phil even stuck around for the encore of Midnight North’s “Under The Lights.”

Check out the full setlist and photos below:

Enc: Under The Lights*