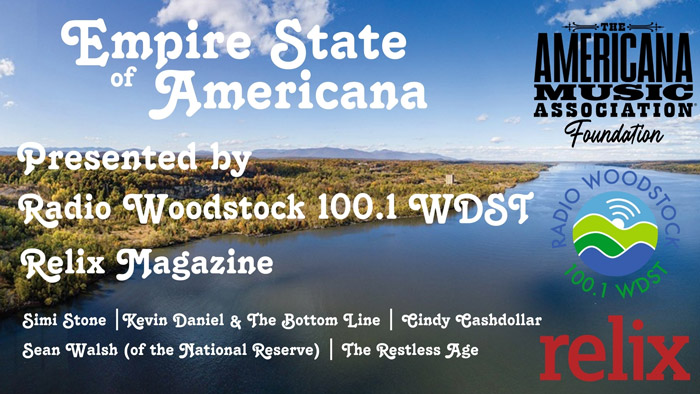 The documentary “showcases Americana music in New York State, from Brooklyn to Hudson Valley,” according to a press release. The release continued: “Filmed and recorded at the majestic Radio Woodstock Studios in the wilderness of the Hudson Valley, Empire State of Americana shines a light on five rising stars from the cobblestones of Brooklyn to the Catskill Mountains while also showcasing Mountain Jam, the largest music and camping festival in New York. Held annually at Bethel Woods – home of the original 1969 Woodstock Festival – the Warren Haynes curated lineup is a gateway to the Empire State.”

In addition, the film features a “keynote conversation” between principal owner/President of Radio Woodstock and co-founder of Mountain Jam Gary Chetkof and Relix editor-in-chief Dean Budnick. The conversation will provide “additional context to the origins of Woodstock and the rich history of Americana music in New York State.”

To purchase passes to watch the film and for more information, click here.