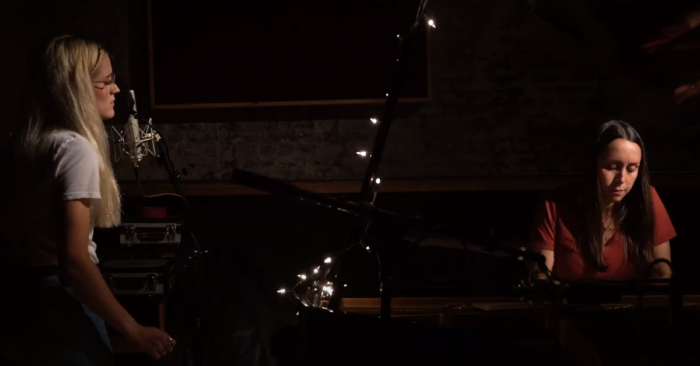 As Mullen explained via press release, “‘I Can’t Make You Love Me’ is truly a song that lives forever in my being, I mean hello, Bonnie Raitt is a legend. There’s no more universal feeling than unrequited love. But when I heard Bon Iver’s cover of it, just him and the piano, I knew that I deeply wanted to sing this song with someone who loved it just as much as I do. I asked Holly if this song was up her alley in July, and her response was a very enthusiastic ‘I F***ING LOVE THAT SONG.'”

Added Bowling, “Raina and I recorded this cover of ‘I Can’t Make You Love Me/Nick of Time’ back in September. I was making my way back west during the two months of being on the road for the Wilderness Sessions and stopped in Philadelphia to see my bandmates. Those couple of days were the first and only time I’ve been able to see or play with any of them since February and it was both the best thing ever and also made me miss it all so much. I’ve always loved this song (Bon Iver’s version of it in particular) and hearing Raina sing it as we were together for the first time in seven months was cathartic.”

Watch the duo perform the Bonnie Raitt classics below: